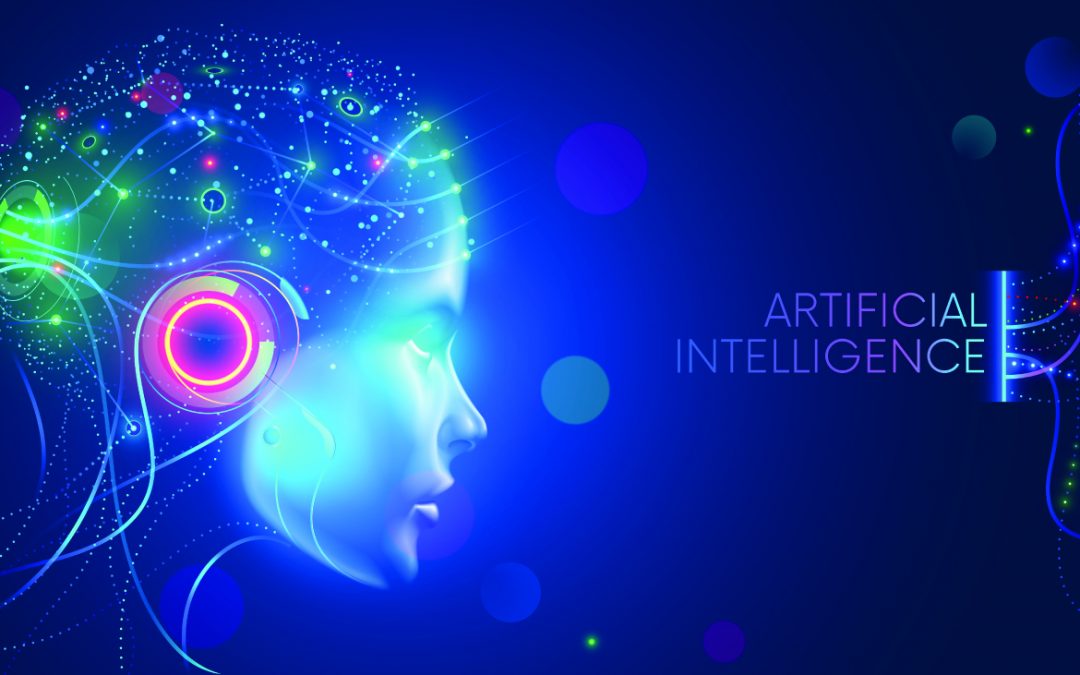 Thought-capable artificial beings appeared as storytelling devices in antiquity,[24] and have been common in fiction, as in Mary Shelley‘s Frankenstein or Karel Čapek‘s R.U.R. (Rossum’s Universal Robots).[25] These characters and their fates raised many of the same issues now discussed in the ethics of artificial intelligence.[20]

The study of mechanical or “formal” reasoning began with philosophers and mathematicians in antiquity. The study of mathematical logic led directly to Alan Turing‘s theory of computation, which suggested that a machine, by shuffling symbols as simple as “0” and “1”, could simulate any conceivable act of mathematical deduction. This insight, that digital computers can simulate any process of formal reasoning, is known as the Church–Turing thesis.[26] Along with concurrent discoveries in neurobiology, information theory and cybernetics, this led researchers to consider the possibility of building an electronic brain. Turing proposed that “if a human could not distinguish between responses from a machine and a human, the machine could be considered “intelligent”.[27] The first work that is now generally recognized as AI was McCullouch and Pitts‘ 1943 formal design for Turing-complete “artificial neurons”.[28]

The field of AI research was born at a workshop at Dartmouth College in 1956.[29] Attendees Allen Newell (CMU), Herbert Simon (CMU), John McCarthy (MIT), Marvin Minsky (MIT) and Arthur Samuel (IBM) became the founders and leaders of AI research.[30] They and their students produced programs that the press described as “astonishing”:[31] computers were learning checkers strategies (c. 1954)[32] (and by 1959 were reportedly playing better than the average human),[33] solving word problems in algebra, proving logical theorems (Logic Theorist, first run c. 1956) and speaking English.[34] By the middle of the 1960s, research in the U.S. was heavily funded by the Department of Defense[35] and laboratories had been established around the world.[36] AI’s founders were optimistic about the future: Herbert Simon predicted, “machines will be capable, within twenty years, of doing any work a man can do”. Marvin Minsky agreed, writing, “within a generation … the problem of creating ‘artificial intelligence’ will substantially be solved”.[8]

They failed to recognize the difficulty of some of the remaining tasks. Progress slowed and in 1974, in response to the criticism of Sir James Lighthill[37] and ongoing pressure from the US Congress to fund more productive projects, both the U.S. and British governments cut off exploratory research in AI. The next few years would later be called an “AI winter“,[10] a period when obtaining funding for AI projects was difficult.

In the early 1980s, AI research was revived by the commercial success of expert systems,[38] a form of AI program that simulated the knowledge and analytical skills of human experts. By 1985, the market for AI had reached over a billion dollars. At the same time, Japan’s fifth generation computer project inspired the U.S and British governments to restore funding for academic research.[9] However, beginning with the collapse of the Lisp Machine market in 1987, AI once again fell into disrepute, and a second, longer-lasting hiatus began.[11]

In the late 1990s and early 21st century, AI began to be used for logistics, data mining, medical diagnosis and other areas.[23] The success was due to increasing computational power (see Moore’s law), greater emphasis on solving specific problems, new ties between AI and other fields (such as statistics, economics and mathematics), and a commitment by researchers to mathematical methods and scientific standards.[39] Deep Blue became the first computer chess-playing system to beat a reigning world chess champion, Garry Kasparov, on 11 May 1997.[40]

In 2011, a Jeopardy! quiz show exhibition match, IBM‘s question answering system, Watson, defeated the two greatest Jeopardy! champions, Brad Rutter and Ken Jennings, by a significant margin.[41] Faster computers, algorithmic improvements, and access to large amounts of data enabled advances in machine learning and perception; data-hungry deep learning methods started to dominate accuracy benchmarks around 2012.[42] The Kinect, which provides a 3D body–motion interface for the Xbox 360 and the Xbox One, uses algorithms that emerged from lengthy AI research[43] as do intelligent personal assistants in smartphones.[44] In March 2016, AlphaGo won 4 out of 5 games of Go in a match with Go champion Lee Sedol, becoming the first computer Go-playing system to beat a professional Go player without handicaps.[6][45] In the 2017 Future of Go Summit, AlphaGo won a three-game match with Ke Jie,[46] who at the time continuously held the world No. 1 ranking for two years.[47][48] This marked the completion of a significant milestone in the development of Artificial Intelligence as Go is a relatively complex game, more so than Chess.

According to Bloomberg’s Jack Clark, 2015 was a landmark year for artificial intelligence, with the number of software projects that use AI Google increased from a “sporadic usage” in 2012 to more than 2,700 projects. Clark also presents factual data indicating the improvements of AI since 2012 supported by lower error rates in image processing tasks.[49] He attributes this to an increase in affordable neural networks, due to a rise in cloud computing infrastructure and to an increase in research tools and datasets.[12] Other cited examples include Microsoft’s development of a Skype system that can automatically translate from one language to another and Facebook’s system that can describe images to blind people.[49] In a 2017 survey, one in five companies reported they had “incorporated AI in some offerings or processes”.[50][51] Around 2016, China greatly accelerated its government funding; given its large supply of data and its rapidly increasing research output, some observers believe it may be on track to becoming an “AI superpower”.[52][53] However, it has been acknowledged that reports regarding artificial intelligence have tended to be exaggerated.[54][55][56]